Someone has truly said: 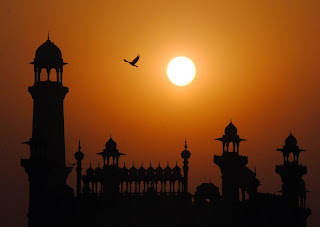 Lahore is actually the heart and hub of delicious and aromic food dishes; in fact Lahori Khabay attracts the people from all over the world. Lahore is immensely popular for its food from Mughalai to various Punjabi dishes.
Lahorities have an access not only a large number of Pakistani dishes and Punjabi specialties but it also has fast food restaurants, western cuisines and even Chinese, Indian and Thai. 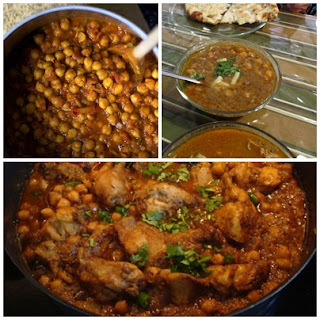 Cholay or Chany is a most popular and common dish of Punjab and Lahore people there enjoy chany in breakfast or lunch with the special naan,chapati and salad........ 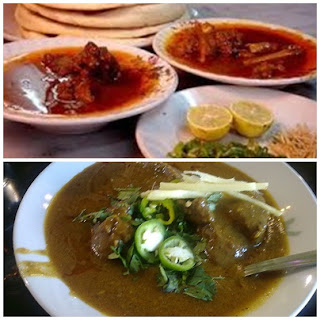 Nihari is also another specialty of  Lahore and inf act Pakistan ,it is actually a spicy curry  that is normally presented with tandoori roti ,naan lemon,ginger and green chili that also plays an important role to enhance its taste... 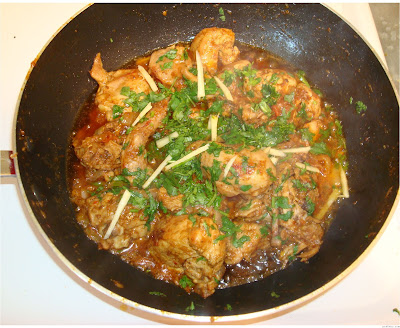 In Lahore the Karahi gosht of Lakshmi chowk has a great importance it offers both chicken and mutton Karahi with the excellent and unique taste,is is normally presented in special Karahi or bowl with the green fresh coriander and ginger and  people enjoy it with dahi,raita and salad.... 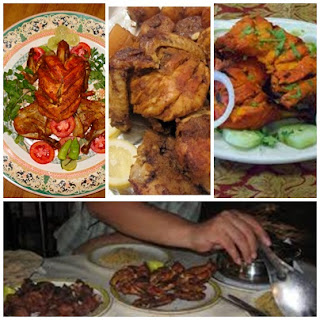 No thing can beat Lahori tikka and chargha in the world

Fried fish is also another important specialty of Lahore which is overnight marinated with the special spices and then fried it  in deep oil, Sardar's Machli in Lahore is famous all over the world 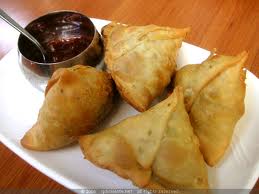 Lahori people also love to eat certain snacks except continental food such as samosas,pakoray,kachori and so on,in order to enhance its taste they usually use chutney and other varieties of sauces... Butt sweets and bakers are famous in their taste of snacks. 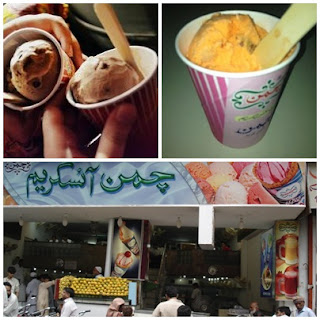 In Lahore chaman ice-cream is the oldest and popular ice-cream parlor that offers a lot of yummy ice-cream flavors to ice-cream lovers in Lahore and Karachi city....
It is immensely famous and still competitive ice-cream parlor....... 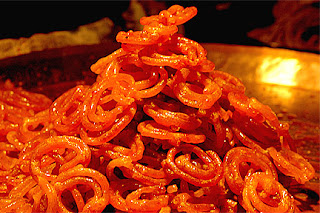 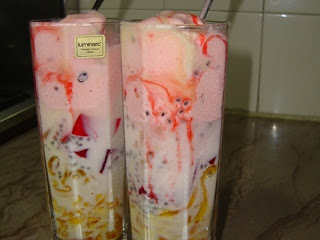 Lahori falooda and especially chilly yummy and creamy yousaf's falooda plays an important role in the killer hot summer of Lahore to beat the heat.........

As far as Lahori restaurants are concerned then no restaurant is equal in the world to Lahori restaurants Lakshami chowk is actually the hub of great restaurant where every food item is available with a lot of varieties and it is situated at
Similarly interior Lahore is also a remarkable example of Lahori Khabay where the taste of food items is second none.

If we are discussing about restaurants then how can we forget Food Street Lahore which is still the attraction of many tourists and local people the best thing about Food Street is its different unique and eye catchy location and culture.
Food Street at Anarkali was a main junction but unfortunately due to certain reasons anarkali food street has been demolished. However recently Food Street fort road (Shahi Qila road) has inaugurated by Hamza Shehbaz Sharif and he announced that probably nine streets will be opened in the city that will definitely amuse the Lahorities this food street is a great historical masterpiece for the tourists, here the people can ride the horse baggie.

Similarly Dhaba, Dera, Ziafat, village, Gourmet, Shezan Regale, Tabaq, Salt n paper, Fazal-e-haq Dera, Mirchi, Cuckoo’s Den, Mehak and so on are the top restaurants of Lahore city and their various branches are also existed in the parts of the country.
some important photos of these restaurants: 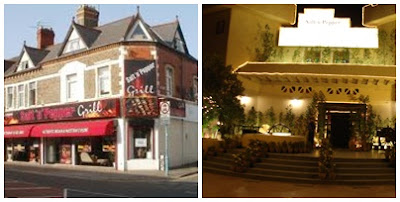 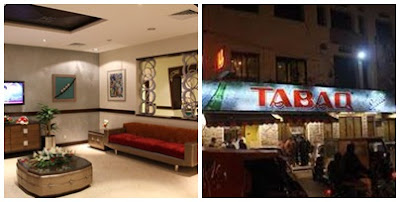 TABAQ
TABAQ is actually an Arabic word which means a big plate in which a number of people eat food together.Restaurant offers many food dishes including Pakistani continental, Chinese,Thai etc with an interesting food presentation. 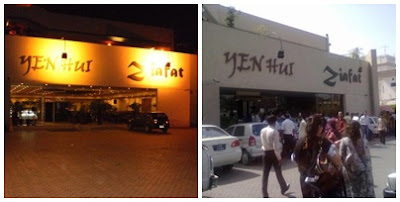 ZIAFAT
Its an amazing restaurant  that offers regular or buffet dinner and lunch its calm and refreshing environment persuade the visitors to come again and again... 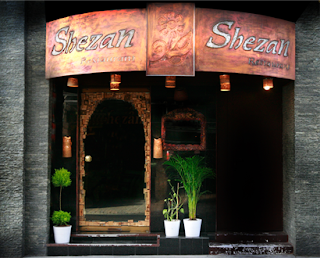 SHEZAN
Its a  great family restaurant and provides a quality food.

Certain Italian ,Chinese, Japanese,French,Indian and Thai restaurants are also serving the Lahorities with a lot of food varieties.
So Lahore is a great city of yummy and delicious food dishes so go and enjoy life.......................!

Ammara
i am difficult to understand personality...... rude,outspoken,selfish and apnay ap ki favourite.....